Artist Statement for The World Turns Softly I came upon the poem titled Water written by the American poet Hilda Conkling. I found the imagery to be incredibly beautiful and moving, speaking to nature and the world around us. How powerful the world is but at the same time how gentle and soft. The title for my work is taken from the first line of her poem.

Water The world turns softly not to spill its lakes and rivers. The water is held in its arms and the sky is held in the water. What is water, that pours silver, and can hold the sky? Hilda Conkling American poet, 1910-1986 Poems By A Little Girl (1920) The poet Hilda Conkling was born in New York state in 1910 and died in 1986. The remarkable thing about her poetry is that her entire oeuvre, including Water (above) dates from 1914 to 1920, that is to say when she was between four and ten years old. 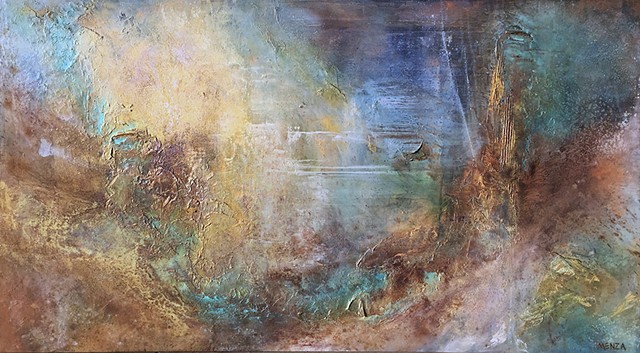